I remember years ago when I visited Jindo, a stunningly beautiful and quiet island in the southwest corner of Jeolla nam-do (south Jeolla province). It is the third largest island in Korea and is well known for the most beloved breed of dog in Korea: the ‘Jindo Dog’ (진도개).

Jindo is also renowned for the spectacular natural phenomenon that happens twice a year. It is known as the Ganjuyuk Gyedo (Mysterious Sea Road). Each spring, during low tide when the water recedes a land path of 2.8 kilometers long and 40 meters wide is revealed. This land path unites the islands of Jindo and Modo for about an hour before being submerged again.

This natural occurrence was nicknamed ‘Jindo Moses Miracle’ by Pierre Randi, the French ambassador to South Korea in 1975. He described the event in a French newspaper comparing the event to the infamous biblical parting of the Red Sea (The Miracle of Moses).

According to the ever skeptical scientists there is no reason to go all ‘religion crazy’. There is a scientific explanation as to why this rare anomaly occurs. In a nutshell, it is due to extreme low tides caused by tidal harmonics. The gravitational pull of the sun and the moon and earth’s rotation cycle all contribute to the rise and fall of water levels. On rare occasions all these factors sync up causing extreme high or low tide. In this case, it’s extreme low tide revealing an elevated land path (‘ridge of sediment’ to be exact) that connects the two islands. No miracle, just good old fashioned science!

There ya go! that’s one way to kill a mystery. But if you are like me and believe in magic and miracles, I have another story for you.

According to the legend, back in the day there were many tigers on Jindo Island. The tigers began appearing frequently in the village and attacking the villagers. So the villagers unanimously decided to flee to the nearby Modo Island. Unfortunately, an elderly woman named Grandma Bbong was accidentally left behind. She prayed every day to the Dragon King of the Sea, Yongwang, to deliver her safely to her family. The Sea God (or the Dragon King as some translations claim) heard the pleas of the old woman and decided to help her. He came to her in a dream and promised her a rainbow path the next day so she could ride it and cross the ocean. The next day old woman Bbyong went out to the sea, the seawater parted and the rainbow road appeared. The story ends with poor Grandma Bbong dying of exhaustion (due to her arduous ordeal) in her family’s arms. 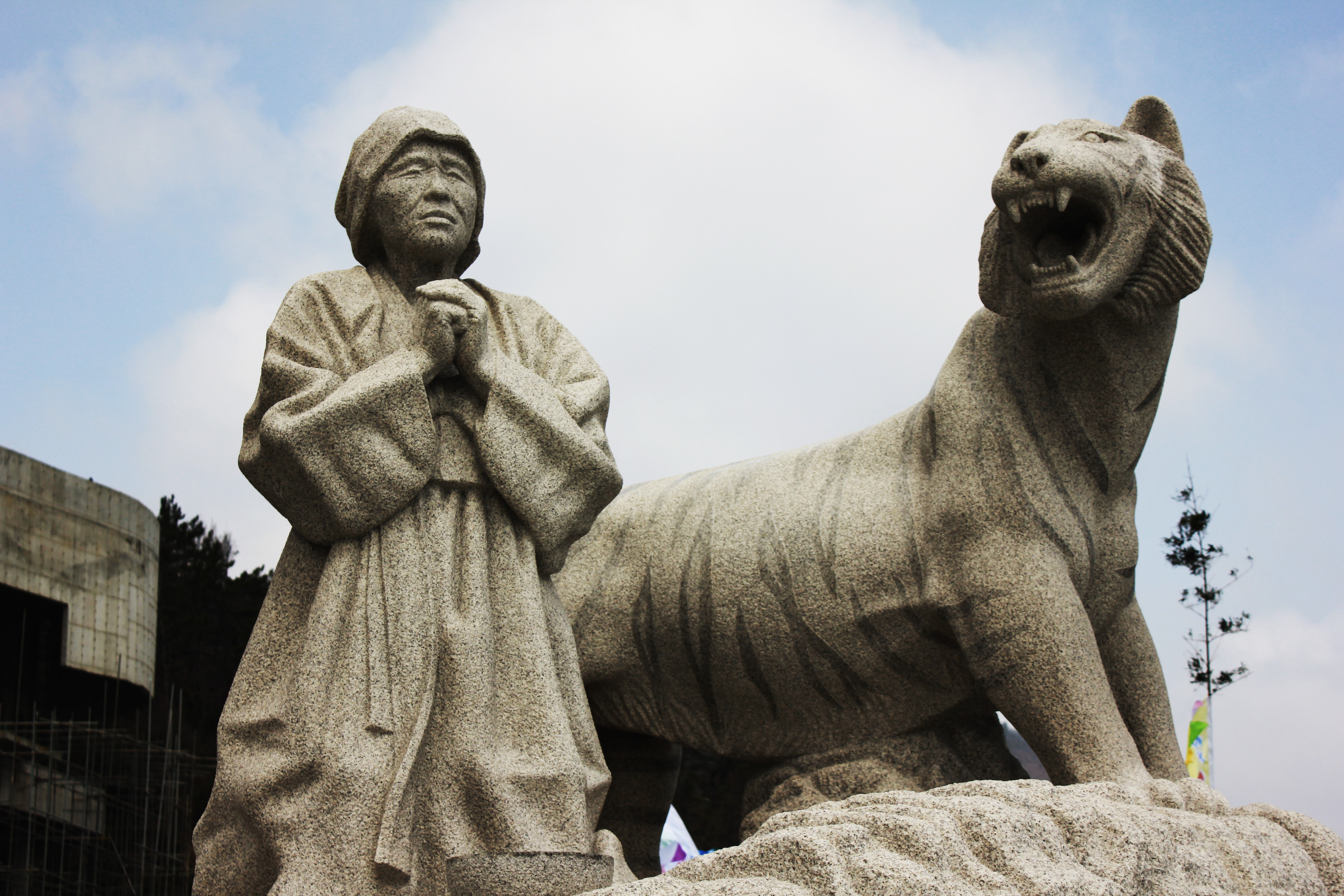 Getting back to the point, In remembrance of grandma Bbong, the seaside has been named yeongdeungsari (the place where an old woman was raised to the heaven).

Every year ‘Jindo Miracle Sea Festival’ is held to celebrate this natural wonder: “the Korean version of the Moses Miracle” and to commemorate grandma Bbong. During the festival, the locals perform original folk plays of Jindo Island, stage shamanic rituals, dances and other performances to honor Grandma Bbong’s faith in the Dragon King and her subsequent sad fate.

A traditional band plays songs along the ocean road and make their yearly pilgrimage to Modo, to pay homage to a statue of Grandma Bbong’s waiting family on the shores of Modo Island. The festival is also known by different names like: Jindo Yeongdeung Festival, Jindo Sea Parting Festival etc.

Needless to say the festival annually attracts foreign and local tourists alike. Visitors can enjoy walking along the sea road and experience the mystical phenomenon. You can also dig for abalone, clams, crabs, seaweed and other assorted ocean delicacies which can be cooked to order in any of the numerous tent restaurants set along the shore. 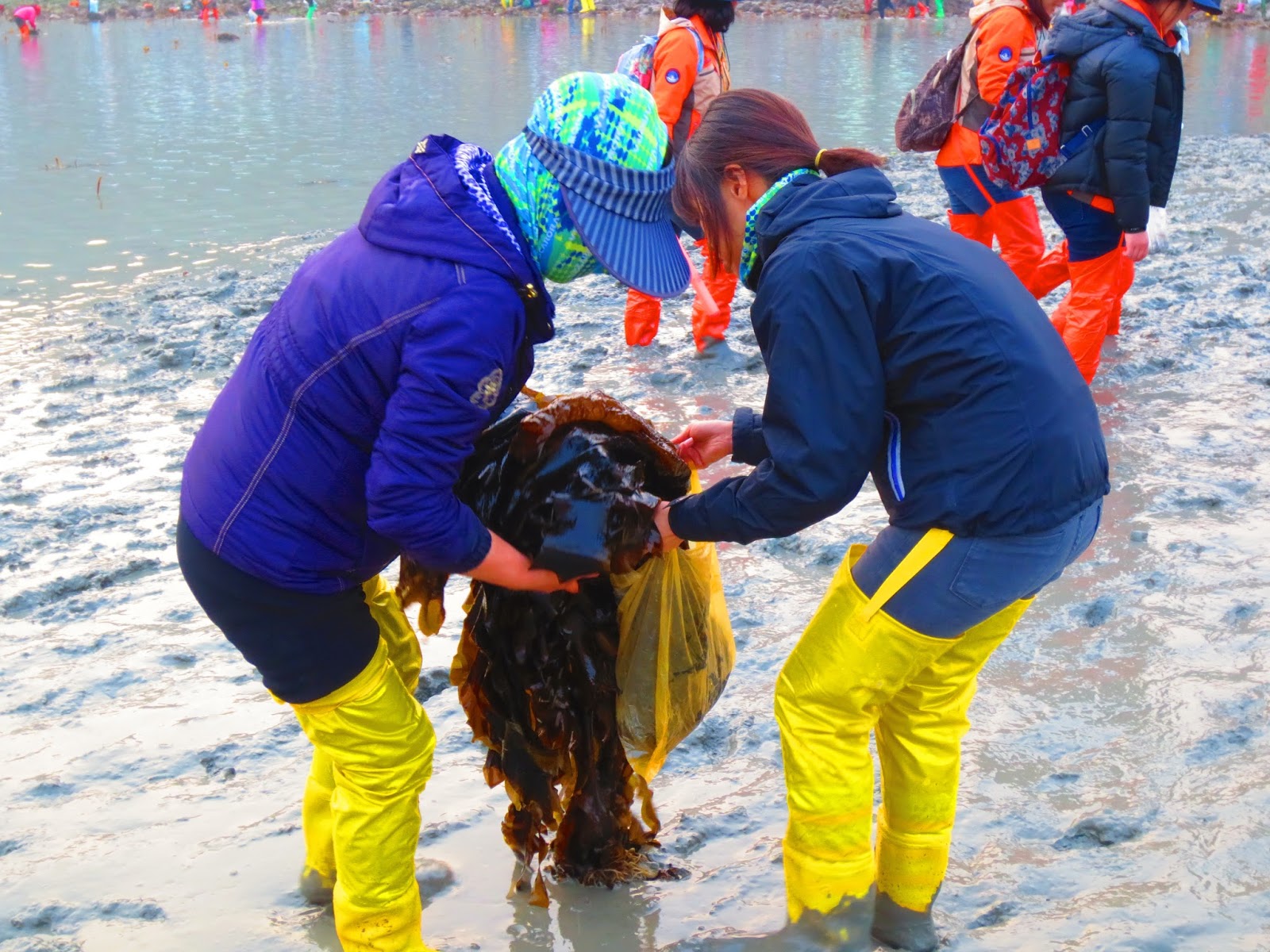 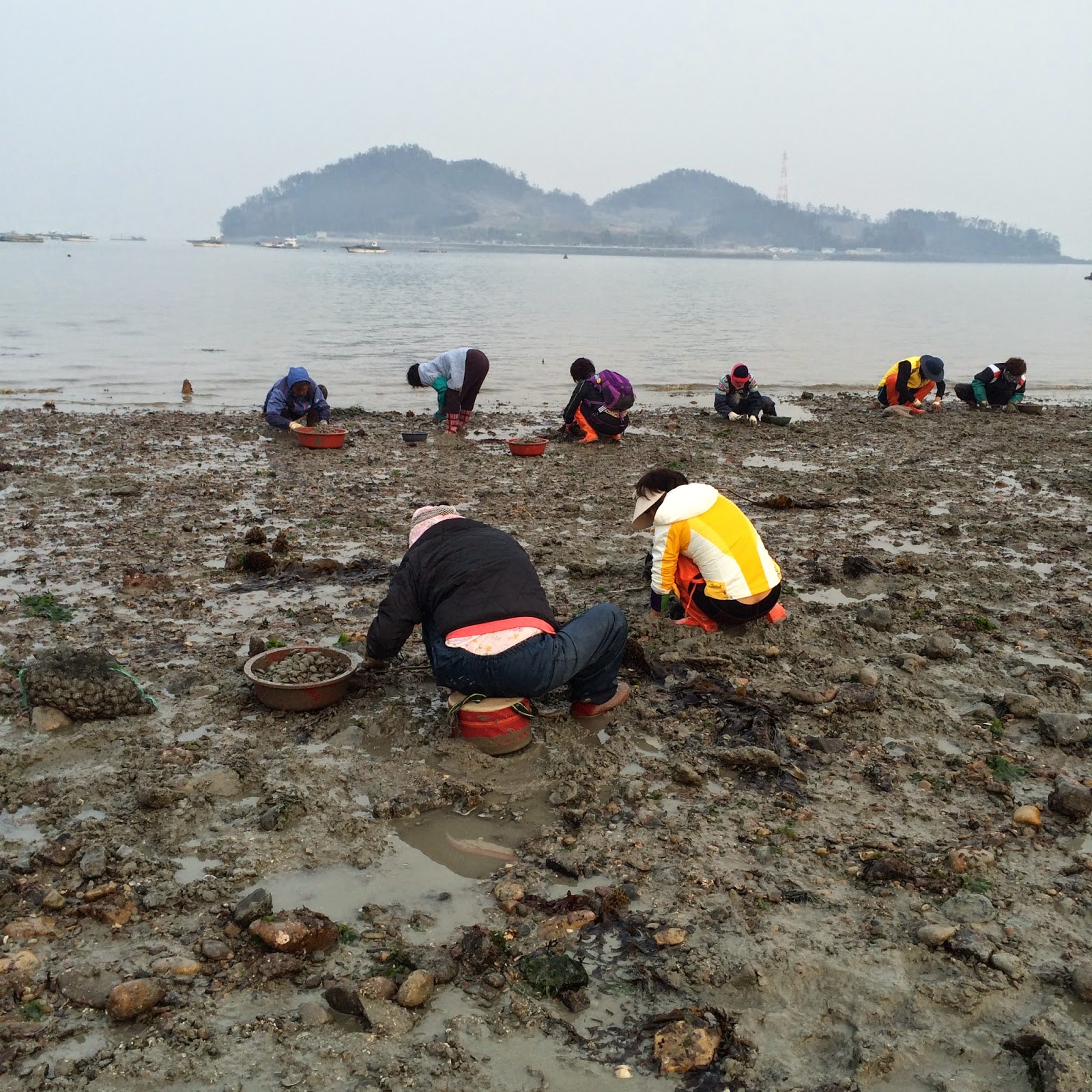 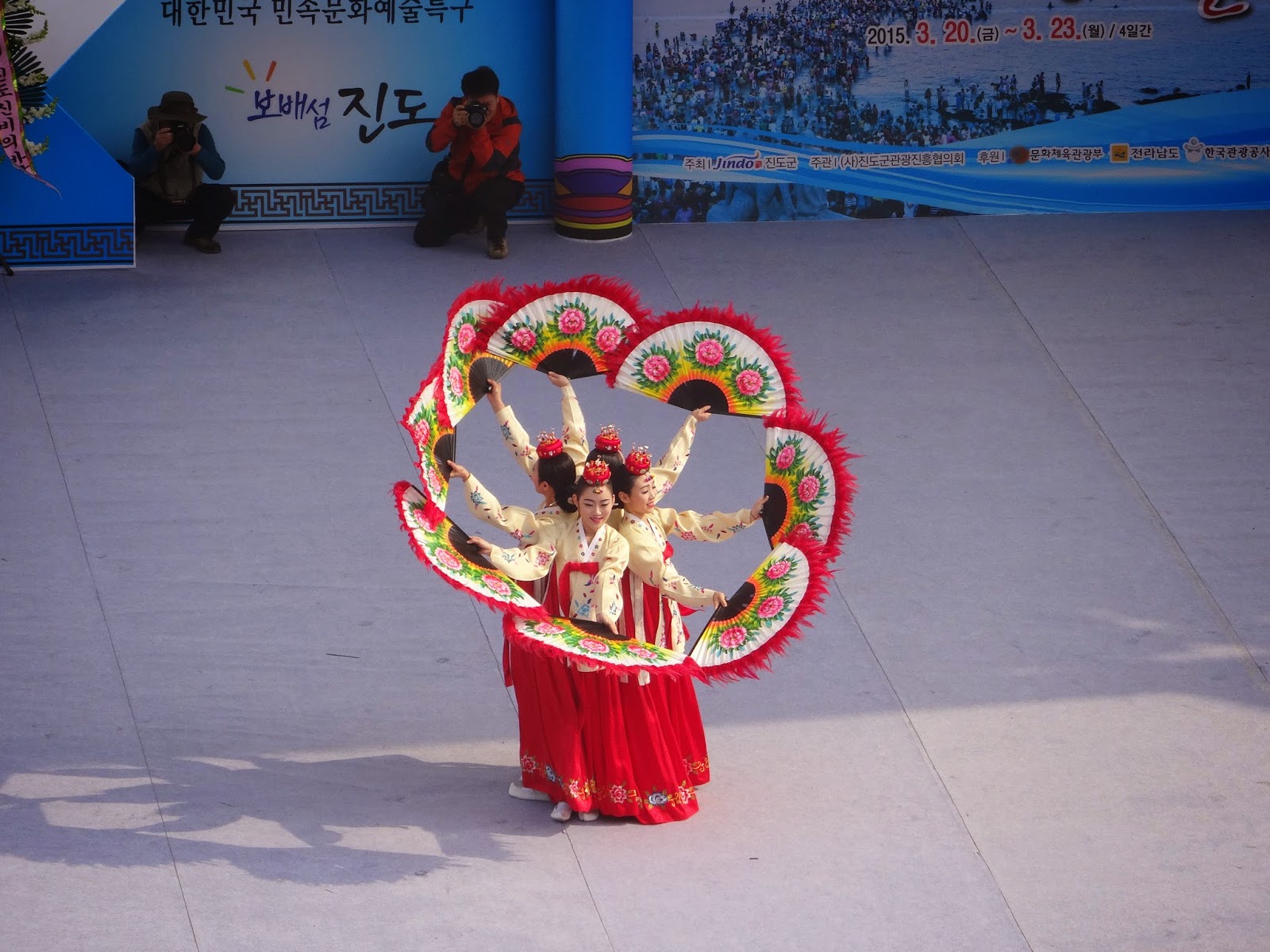 The festival is all about fun and food. You can even indulge in delicacy like fresh whale meat and Jindo Hongju. It is a traditional fermented  liquor made with barley, rice and nuruk yeast. Liquor is passed through sliced roots of jicho (a perennial plant known for its medicinal properties), which gives the drink its distinct red color. You can sample Jindo Hongju either straight or in a cocktail drink during the festival.

This festival has it all: the fun, the food, the mystery. Visit Jindo this spring and get ready to be dazzled!