Mt. Maisan (the Horse Ears Mountain) is located in the mountainous Jinan county in Jeollabuk-do Province, east of the city of Jeonju. “Mai” is the Korean word for “horse” and “san” in Korean means “mountain”.

The two peaks of the mountain are split causing the appearance, from a distance, of two horse ears. The west peak is called Ammaibong 암마이봉 (female horse ear peak),

and the east peak is called Sutmaibong 숫마이봉  (male horse ear peak). There is an interesting story behind these two famous peaks of Maisan. According to the legend, the mountains were originally two gods who spent some time living on Earth. However these gods were seen by humans while ascending back, and so they were trapped on Earth forever in the shape of these stunning mountains.

Unlike most mountains in Korea which are granite, Maisan consist of conglomerate rock. You can really see the difference up close to Ammaibong. The peak is made up of millions of smaller rocks cemented together. There are various trails ranging from about 2km to 8km. The most popular trail goes past the north parking to the south parking lot, on this trail you can take the pass between the two peaks The hike is about 2.7km. It takes about two hours and passes Tapsa Temple.

The hike up the west peak of Maisan is very steep. There are stone steps and the trail goes through thick woods. The hike is strenuous but short and very beautiful. This trail is less than 2 km and takes about 45 minutes to reach the peak.All of the trails offer stunning views of lakes and the mountain.

Maisan is also well known for the 80 stone pagodas which were built during the 19thcentury. The mortar-less pagodas constructed out of rocks, pebbles and stones. Some are as high as 9 meters. These pagodas were built by a hermit as symbols of personal prayers for peace.

Another must visit spot in Maisan is the stunningly beautiful Tapsa Temple. Tapsa which means “Pagoda Temple,” (since the 80 stone pagodas surround the temple) is located in the heart of the Maisan provisional park, beside the sheer cliffs of Ammaisan. The temple surrounded by a beautiful and mysterious collection of pagodas set amongst the forest make for a breathtaking scene at the end of a long walk up the mountain.

Another temple these peaks are home to is the Eun-su-sa (Silver Water Temple). The temple is at the foot of Sutmaibong 숫마이봉, towards the north end of the park. This is a very popular spot to take pictures. It has a long series of staircases and a pear tree planted by a king, which will make for a nice backdrop for your Facebook pictures.

Last but not the least, you can visit Geumdangsa, a temple which is very well known for its striking gold roof on the main pagoda. It is also home to the Stone Pagoda of Geumdang. It is a unique stone pagoda constructed in a small lake. Inside the temple, you can also find a 9m by 5m hanging painting of Gwaneumbodhisavtta. It was painted in 1686 and is among one of the national treasures of the Jeollabuk-do Province.

Another fascinating phenomenon of Maisan is its inverted icicles in Winter. For unknown reasons, in the cold winter months when water is left outside in a bowl it freezes into pole-like icicles reaching for the sky. 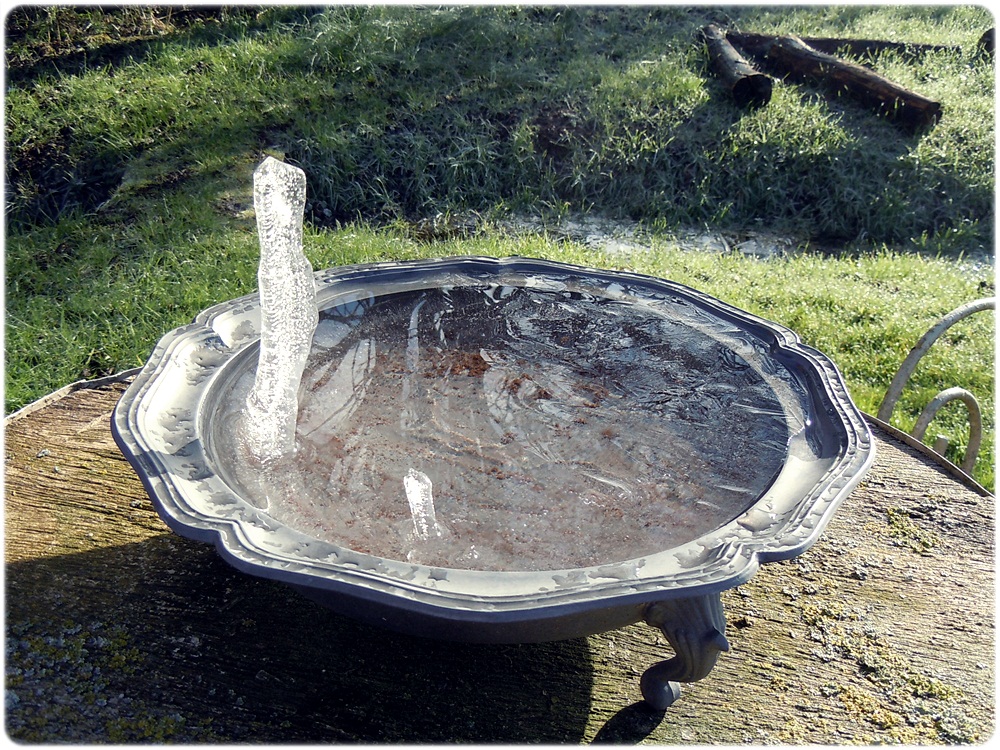 Maisan is a nice destination to visit throughout the year. It’s beautiful in spring and summer. You can enjoy the enchanting autumn colors of crisp brown, gold and amber if you visit in the fall. And if you can brave the frigid Korean winters the view is amazing. It’s truly a wonderful place to visit and experience nature.